until the coming of the Lord

On Mondays during Advent, join Grace members for an Advent study. The study covers the Psalm that is a part of each week’s readings and relates real life stories of how ELCA World Hunger helps people throughout the world.  A short discussion follows. The study begins at 11 a.m. in Fellowship Hall and refreshments are served. You do not have to attend all of the meetings, come as you are able!

Don’t forget on Sunday, December 18, there will be one service at Grace at 10:30 a.m. The choir and the Contemporary Team will be presenting a Christmas cantata. A special fellowship hour will follow the service. Please consider asking relatives, friends, or neighbors to church that day. According to information written, the Christmas season is the time of year that people who normally do not attend church, think about attending. Maybe relatives, friends, or neighbors just need an invitation.

Food collection continues at Grace. Food collected is taken to Aldersgate United Methodist Church for their food pantry.  For the last two weeks in November 175 pounds of food was collected. Items needed are pasta, pasta sauce, canned meat, canned fruit, canned vegetables, soup, cereal, and jelly. These items are handed out every two weeks to people visiting Aldersgate’s food pantry. Donations can be placed in the Giving Room across from Room 3 or brought to church on Monday mornings between 9 – 12. 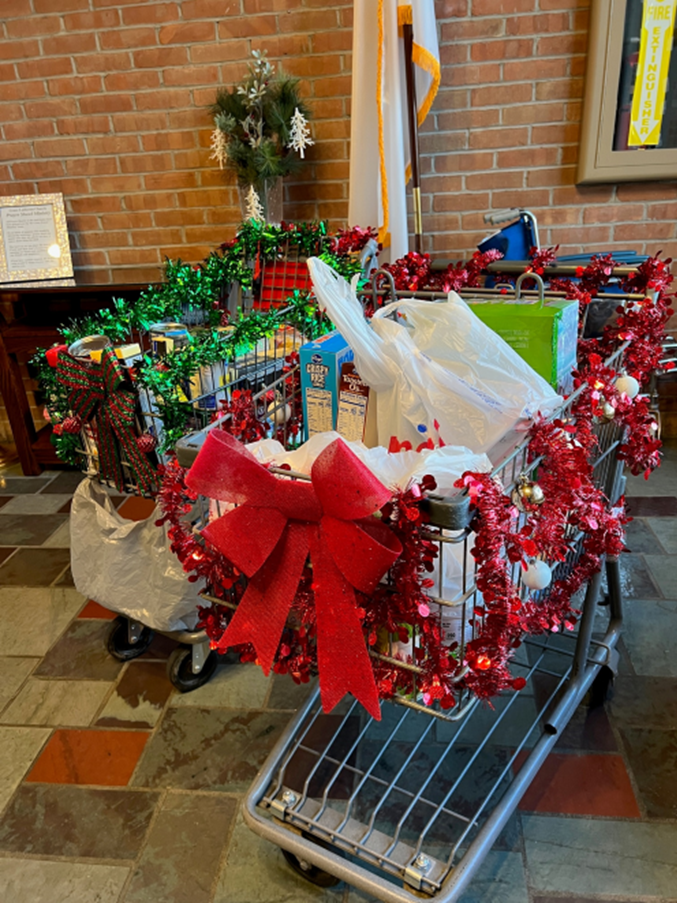 The Outreach Committee and the Worship and Music Committee will be collecting cans of vegetables and toothpaste in the carts at the back of the sanctuary this Sunday.  Let’s see how full we can fill the carts!

One of my favorite time travel movies is “Somewhere in Time”. In that movie, a young man, played by Christopher Reeve falls in love with a portrait of an early 1900’s stage actress played by Jane Seymore. He finds a way to travel back in time and meet the woman, who, when she sees him and before he has a chance to say anything asks him “Is it you?”. Apparently, her manager had some clairvoyance and foresaw the arrival of the man, so she was expecting somebody. I remember being single and going out on first dates, wondering if this is the woman that I’d spend my life with.

John the Baptist, as we discussed last week, was a herald. He was sent in advance of Jesus to help to prepare the people of world to receive Him. In today’s Gospel, he’s asking Jesus if He’s the one that John was sent to proclaim. (I’ve always found it odd that he would ask that question, being as when he was yet unborn, he recognized Mary as the mother of the Messiah, but that’s another story for another time.) Given what we know about John from Luke, it’s a reasonable question. While John knew that he wasn’t the main event in his lifetime,  perhaps he wanted to know if his job was finished, if the one that he’d been trying to prepare the people for had finally arrived. Since he was in prison at the time, and not likely to make it out alive, perhaps he was looking for some reassurance that his work was not in vain.

When John’s disciples bring his question, Jesus doesn’t answer with a “yes” or “no”. Instead, He tells John’s disciples to go back to him and tell him what they see Him doing. He tells them to tell him about all the miracles that He’s working and how “the poor have good news brought to them”. These are things that the Messiah was foretold to be doing. This sounds like a “yes” to me as well as some very good reasons to be joyful!

The third Sunday of Advent is traditionally called Gaudete Sunday. Gaudete is the Latin word meaning rejoice. We are invited to reflect on the joy we have access to because of our faith in Jesus. One of the defining characteristics of Christ’s followers is their joyful demeanor. Let’s not allow the struggles of this year steal from the great joy we have because of Jesus. We have had some struggles this year. COVID may be less of a concern, but it’s still got some folks worried. Russia’s unprovoked invasion of one of its neighbors is also concerning. But despite these things, we are told this is a time to rejoice! We should rejoice because we have Jesus in our lives!

Over this Advent, let’s pray that the joy of the Lord would be evident in our hearts and homes. May God’s spirit transform the days leading up to Christmas into a time of holy anticipation; preparing our hearts, as we joyfully await the chance to celebrate the arrival of our king. 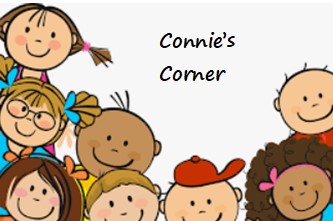 Santa NO MATCH for Jesus

Santa rides in a sleigh; Jesus rides on the wind and walks on water.

Santa comes just once a year; Jesus is an ever present help.

Santa has you stand in line to see him; Jesus stands at your door and knocks.

Santa lets you sit on his lap; Jesus lets you rest in His arms.

Santa asks, “Little boy, little girl, what is your name?” Jesus knew our names before we did.

Santa has a belly like a bowl full of jelly; Jesus has a heart full of love.

Santa says, “You better not cry”; Jesus says, “Cast all your cares on me for I care for you.”

Santa may make us chuckle;  Jesus brings us joy.

Santa brings gifts for under the tree; Jesus became our greatest gift and died for us on the cross.

Jesus IS the reason for the season. There can be no Christmas without Christ.

Yep, this theme song says it all! But are you ready for low temperatures, ice, snow and all the stuff that goes with it?

Are you dressed for it ?

Dress warm and get out an enjoy this wonderful season! 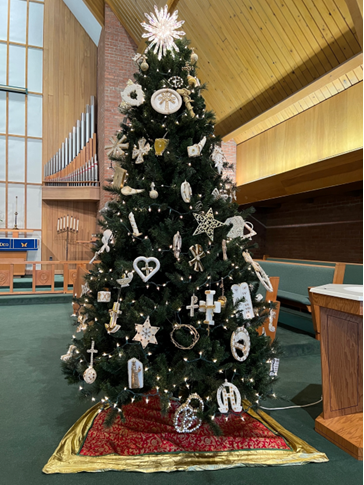 Thank you to those who helped put up and decorate the Chrismon tree. It looks great!

No, you won’t get a free coupon but completing the Health Survey will help Gretchen plan for programs or information you are interested in learning about or even think a refresher would be good. The surveys are located in the back of the big church, back of chapel and outside the office.The turn in date has been extended to Wednesday December 14. Any questions see Gretchen . 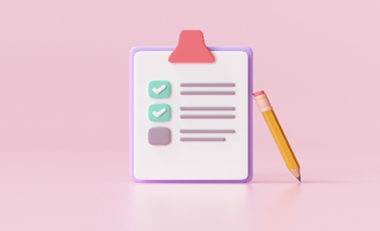 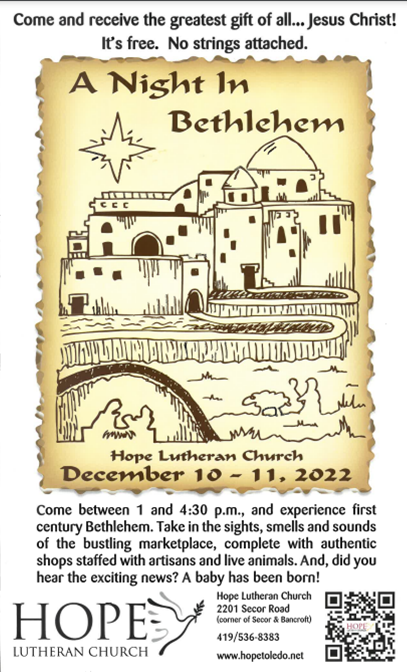 Names are important, aren’t they? My parents almost named me Lucinda. Not a bad name, but when your last name is Peconge, you have to be careful. Although I suppose that if I had been named Lucinda, I could never have imagined myself  being called Brenda! And had I been a boy, you might well have had a pastor you call PS instead of PB, because my name would have been Stephen.

Names are important, and parents-to-be spend a lot of time discussing and deciding what their child will be called. Some make choices based on family       tradition, while others pick names for how they sound, or for what they mean. Names are important, and what we are named comes to say a lot about us. Our names help to shape our overall identities.

God chose the Son’s name very carefully, too. Of all the names God could have given to the one who would be the Savior of the world, God chose Jesus. The name is a form of Joshua (Yeshua), and it means “God saves.”

What more appropriate name could there be for the One who came to redeem us, to offer us salvation, and to promise us eternal life? What else could our Savior, Lord, teacher, and master be called? Names are important, and God chose one especially suited for the Son who would come into the world. Jesus’ name makes a statement about what his whole life would be about—saving the world and everyone in it.

In this season of preparation for the birth of Jesus, I encourage you to consider what his name means. What does it mean to you that God sent us the One who names literally means “God saves”? From what does he come to save us? How does he save you? How can we make his name known to others?

Behind the scenes at Grace…..by Gretchen 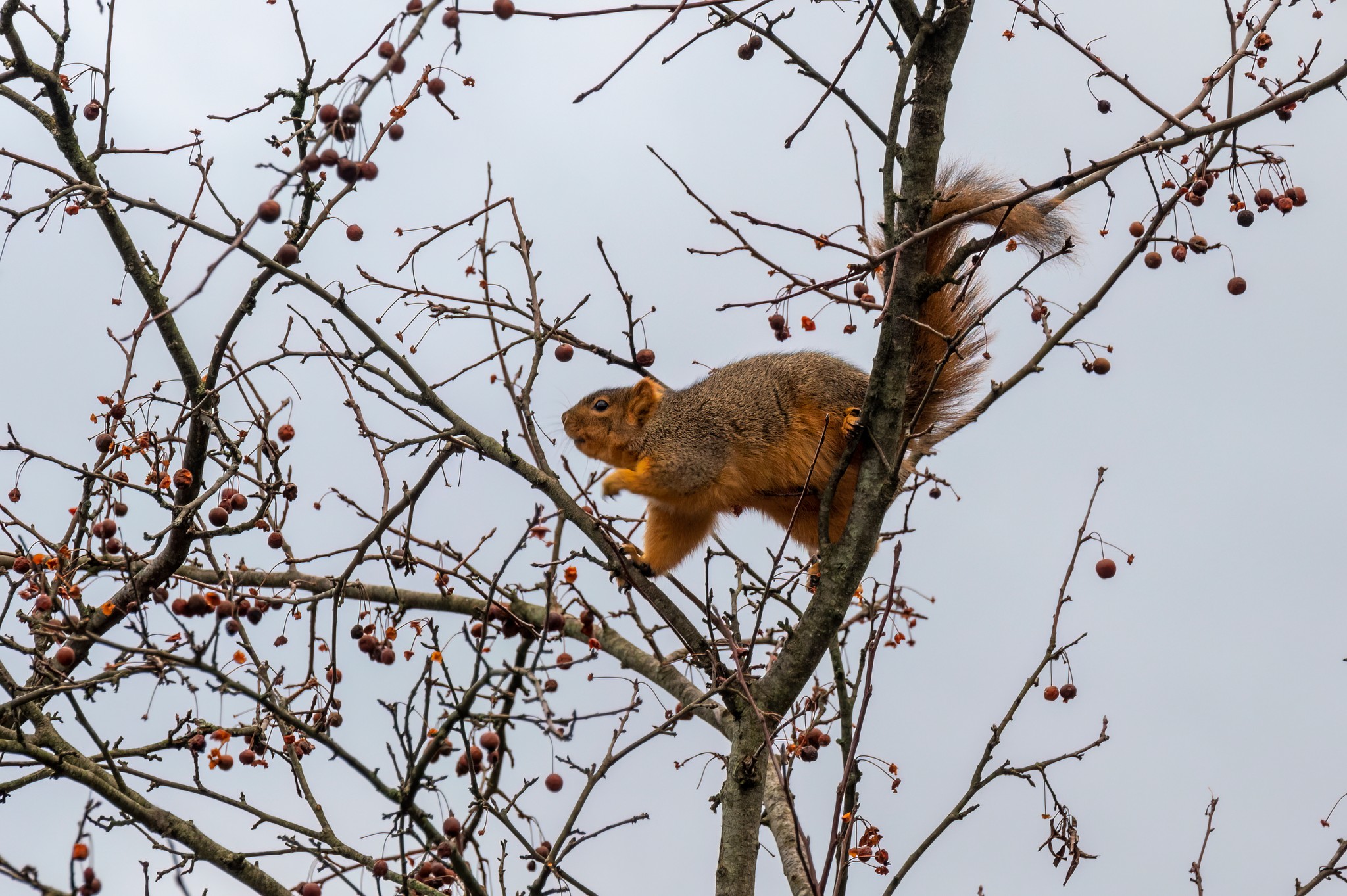