Give thanks to the Lord, for the Lord is good,

For the period of May 25 – June 7, 157 pounds of food was collected for the Food for Toledo program. With this donation, a total of 3035 pounds of food have been donated in 2021!  What an amazing amount of food. The need is still there and at this time there is great need for peanut butter, jelly, canned fruit and Minute rice.   However all food is gratefully appreciated. I will continue to be at the entrance to Brenner Hall on Mondays from 9 a.m. – 12 noon.  Donations can also be dropped off outside of the church office. 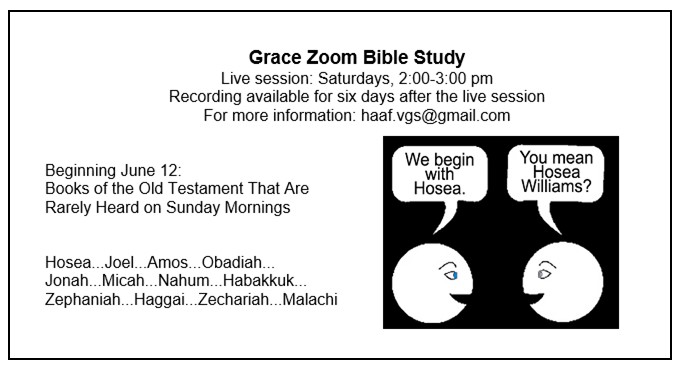 Our next get together is scheduled for Monday June 21 from 11:00am – noon in Fellowship Hall. There will be a short devotion and program and lots of time for treats, coffee (and iced tea) and for conversation!

Come join us and this is for all, not just the ladies of the church. 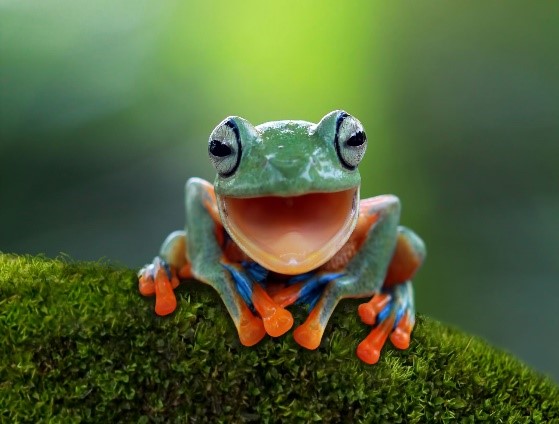 You are never too old to set another goal

Precious Lord may the words that you give me bring peace to those who are troubled and confident faith to those who despair. May these words bring you glory, God the Father, God the Son and God the Holy Spirit.

The first reading, from the Book of Job, begins near the end of his story. I’m sure you all remember that Job was an upright man whom God had blessed and protected. Satan believed that the only reason Job was loyal to the Lord was because God had favored him. God allowed Satan to abuse this man, because Satan believed that if Job felt as though he had lost God’s favor, he would curse God. Satan caused Job’s children to be killed and had his belongings taken away. Job’s heath was also taken from him. Job cries out to the Lord regarding his suffering because he doesn’t understand why all this is happening to him but does not think that He is listening. But He is listening and responds to Job’s complaints by reassuring him that He is the one who has placed everything in order. God declares His mastery over all things, even the sea, and He blesses Job even more than He had before.

The imagery of the sea must have been a powerful one in ancient times. It’s used again in both the Psalm and the Gospel for today. Both talk about men being in their boats and tossed about when a storm came up. In the Psalm, the sailors cry out to the Lord for relief and He stills the storm and silences the waves. The Gospel tells a similar story but of Jesus and the disciples being stuck in a boat at sea when a storm came up. All that Christ needed to do was to tell the waters to be still, and they were. I sometimes wonder if this happened as a way to link Christ’s mastery of the sea to the other two readings.

Being stuck at sea in a storm is a very frightening thing. Those of us who have spent most of their lives around the Great Lakes know how dangerous they can be. I grew up spending a lot of time in boats on Lake Huron, Lake St. Clair & the St. Clair River. (We lived on the St. Clair River.) My grandfather was what I considered to be an expert at navigating these waters. At least when his grandchildren were with him, he never got caught in a storm. I, on the other hand, was not quite so skilled. I had a small rowboat onto which I had attached a 7.5 horsepower outboard engine. One day, I was about 15 miles from my home, out on the river, when I noticed the sky getting dark. I immediately started home, hoping to beat the storm. No such luck. The waves on the river were getting rather fierce and my little boat was being tossed about like a kid’s kite in the wind. I remember thinking I was not going to make it back and was praying for relief. Just as my boat was about to be swamped, I found some shelter under a tree on the shore and managed to get over to it. I held on to one of its branches and waited for the storm to pass, thanking God that I had found it. I was certainly grateful for God’s mercy on that day.

In our everyday lives we often face troubles that we can’t see ourselves getting out of. Things like illness, or divorce, or troubles at work can sometimes seem insurmountable. When we find ourselves at the end of our ropes, and we can’t seem to see a way out, may we continue to have faith and reach out to God for His saving grace and trust in His mercy and wisdom.

What Got Left Out of the Sermon

Soon, these occasional pieces will be discontinued.  Soon, the Worship and    Music Committee will say, “We should take all those complaints that Pastor H’s sermons are too short more seriously.  Let’s figure out a way to allow 45 minutes or an hour for a sermon!”  Okay, probably not soon.

In the meantime, these occasional pieces will continue.

From the Gospel for June 13:  “With many such parables he spoke the word to [those who were around him along with the twelve], as they were able to hear it; he did not speak to them except in parables, but he explained everything in private to his disciples.”  (Mark 4.33-34)

The tendency to think more highly than we should about prominent people is common enough that we have a term for it: “Hero worship.”  That’s why celebrity endorsements are done.  If Joe DiMaggio is great at baseball, then we can surely trust his advice about which coffee machine to buy, right?  When Parson Weems published his story about a chopped-down cherry tree, and the boy George Washington’s statement, “I cannot tell a lie,” almost nobody questioned it.  Remember the hymn, “ ‘Are ye able, said the Master, to be crucified with me?’  ‘Yea,’ the sturdy dreamers answered, ‘to the death we follow Thee!’ “  As it turns out, as soon as they saw their Master get arrested, every last one of the sturdy dreamers suddenly remembered that he had an important appointment elsewhere.  But we still sang the hymn, and admire the disciples.

Mark wrote as if he recognized that tendency, and saw people admiring the Twelve more than was good, and wanted to correct it.  He didn’t portray them very favorably.  For instance, he had Jesus asking them, after the stilling of the storm, “Why are you afraid?  Have you still no faith?”  (Matthew thought that was a little harsh, and softened it.  In Matthew, Jesus asks, “Why are you afraid, you of little faith?”  They haven’t got very much faith, maybe, but at least they’ve got a little.)

So, Mark writes that in his parables, Jesus finds ways to speak the word so that almost everyone can understand it.  But not quite everyone.  Not the disciples.  When everyone else has understood, the disciples are still baffled.  Jesus “explained everything in private to his disciples.”

The first is that we shouldn’t regard the disciples as if they were the heroes of the story.  Jesus is the hero of the story.

The second is that we shouldn’t be worried that we don’t meet the Basic Minimum Requirements for discipleship.  I mean, could Jesus really want me to be a disciple, given what a doofus I am?  I’m not particularly courageous.  The biggest reason that I’m not courageous is that I haven’t got much faith.  I can be very, very slow to understand what’s obvious to most people.  “Well,” says Mark, “Let me tell you about the twelve Jesus chose to be his disciples.  They were often fearful.  They didn’t have faith.  They required more explaining after everyone else had caught on.  Since Jesus didn’t reject them, why do you think he’s going to reject you?”  Why indeed? 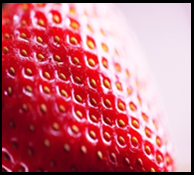 Do you have a favorite recipe that uses fresh or frozen vegetables or fruit? Maybe one that relies on herbs and seasoning other then salt (pepper is OK).

Would you share your recipe with others?  Who isn’t looking for a new recipe!

Bring it in, email to the office or to Gretchen and we will post on the Community Bulletin Board across from the office for the summer months. We will make copies to take and try.

Summer is the best time to have a picnic and to cook outdoors! Warm weather can unfortunately create the perfect environment to support the growth of harmful food bugs!

Keep your food and family safe by following these tips.

What is red, but not tomatoes or watermelon, you don’t eat it or sit on it , but is important to all people, all ages and every day – even more close to July 4?

If you guessed blood you win!

The interfaith Blood Drive is fast approaching – Saturday June 26th from 8:30am -2:30pm and Sunday June 27th from 8:30am – 200pm. If you gave blood in April, you could give again (exception would be Power Red givers who need to wait another 60 days). Please think about giving blood as it is a great way to give back to our community. It is also a great way for busy high school (16 and over) and college kids home for the summer to do a volunteer thing – 2 hours and they have given to the community. It is also a great way to start giving on a regular basis for as long as they can in their life.  Any questions see or call Gretchen 419-944-5166.

To conclude the weekend of the Interfaith Blood Drive there is always a Celebration of Life. This year due to Covid it will be a virtual program. The program represents many different faiths with music, dancing, special readings. It is just a unique and joyous celebration of life! This year you can watch it by zoom. Registration is       required so that a program may be sent. You may register right now by clicking on the link below. 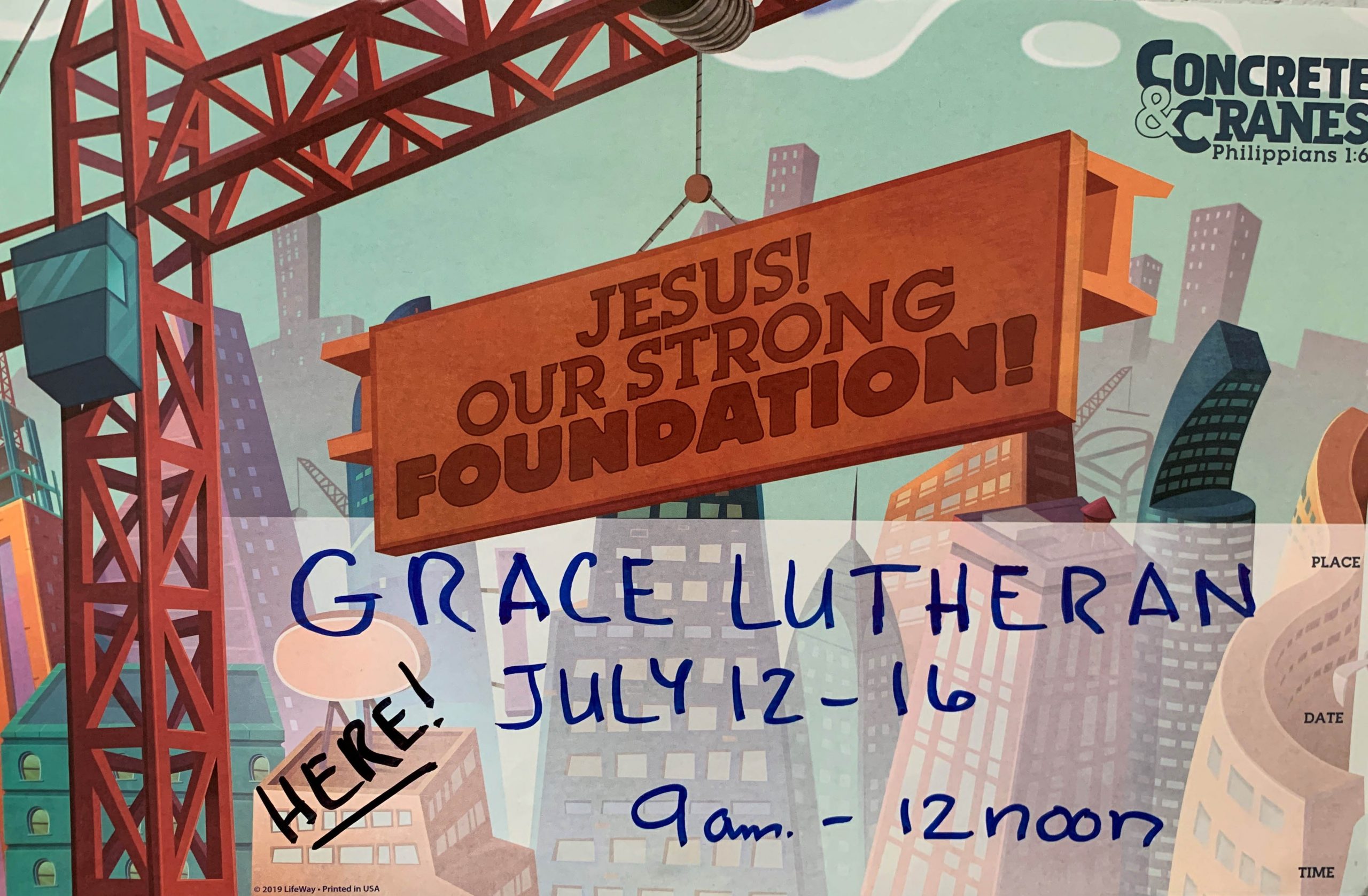 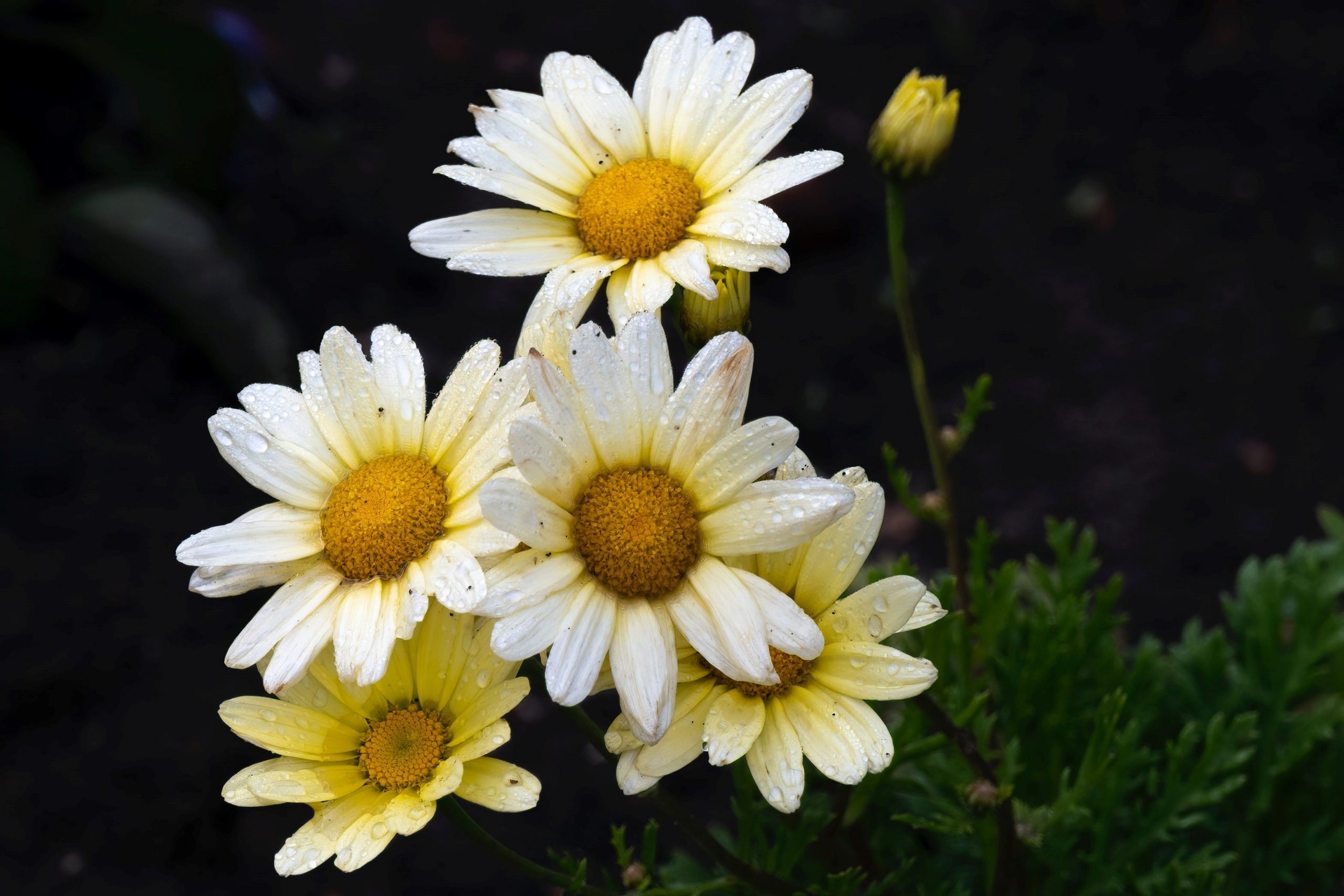