give thanks in all circumstances;

for this is the will of God in Christ Jesus for you.

Once again OCC was a success at Grace Lutheran Church. With everyone’s help, we were able to send 125 boxes on to Emmanuel Baptist Church where they were packed up to continue their journey. Thank you to everyone who helped make this possible. A special thank you to our youth group for helping each year as we pack the boxes. Their assistance has been greatly appreciated.

Please keep Operation Christmas Child in your prayers. Pray for each step in the journey of a shoebox. Pray for children and their families to experience and grow in God’s love as they respond to the Gospel presented at shoebox events around the world. Every gift-filled shoebox sent through this project is a powerful tool for evangelism and discipleship.

Again, thank you for your continued support for this opportunity to spread joy and open hearts to the Gospel. 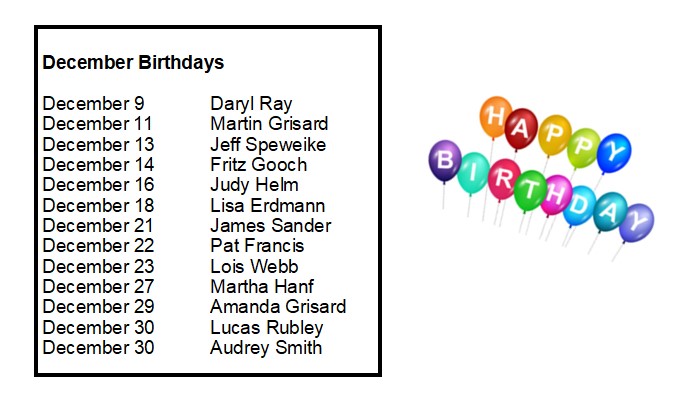 As you therefore have received Christ Jesus the Lord, continue to live your lives in him, rooted and built up in him and established in the faith, just as you were taught, abounding in thanksgiving. –Colossians 2:6-7

My Top Ten Reasons to Be Thankful:

My Top Ten Reasons to Be a Steward Who Gives Generously:

Thanksgiving and stewardship are intrinsically related. My thankfulness for all the various ways that God has blessed me finds its expression in the ways that I give in God’s name; not just of my money, but also of my time and talents.

What is on your lists? How does God bless you? How might you find new and creative ways to give thanks and give of yourself each day?

Please join other Grace members on Monday, November 28, at 11 a.m. in Fellowship Hall for an Advent Study. A story will be read and a short discussion follows.  Snacks will be served. We hope to see you there!  The Advent Study will continue on Mondays during Advent.

Our building is busy so plan ahead!

Grace’s building is busy almost every day and that means that all Grace groups and committees need to plan ahead for your meetings.  It is important that you plan your dates/times/room at least two weeks in advance and make sure your meetings are placed on the church calendar.  That allows us to make sure there are no conflicts.

The Lord has provided Grace with our marvelous building that we should share with the community. We are the location for meetings that include multiple AA groups, Safe Haven, Block Watch, Save Lake Erie, The Model A club and every Grace group and committee (just to name a few).  In addition, last Spring, The Children’s Rights Collaborative began using our classrooms, youth rooms, and Brenner Hall, when available, for their meetings up to five nights a week. We also rent rooms for non-profit meetings and parties.

To make sure you have reserved your group’s room, forms are available in the office. Or call Rick Sharp at the Facilities Use Ministry at (419) 283-3530.

And remember to thank God for the gifts we have been provided. 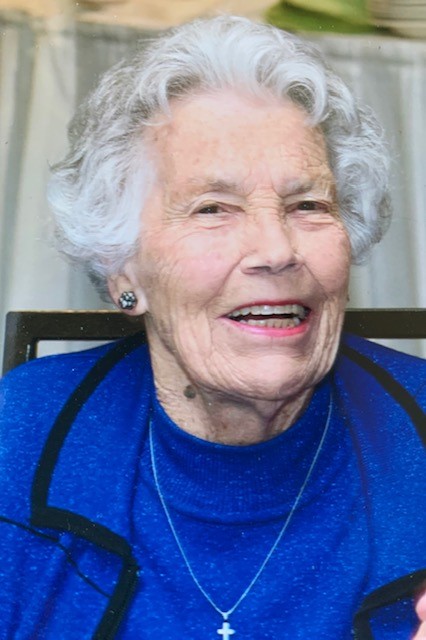 Lois is a life-long member of Grace Lutheran Church. She met her husband Richard at church. She remembers Grace Church being a second home for her family. She was the Sunday School piano teacher for 10 years when her children were young as well as a Brownie and Girl Scout leader. Some of her activities at Grace have been delivering sermon tapes and assisting with Personal Needs. Lois is a member of Ruth Circle.

Lois’ favorite hymns are Beautiful Savior and What a Friend We Have in Jesus.

Lois has three children – Karen, Karl & Kent; 5 grandchildren; 8 great-grandchildren. She enjoys  reading, knitting and crocheting. Lois currently lives at Luther Haus in Temperance MI where she participates in many activities that are offered.

Lois will celebrate her 100th birthday on December 23. 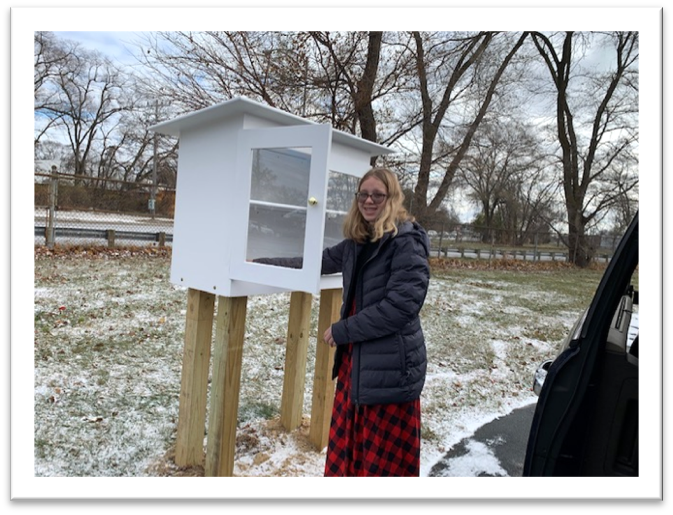 During Advent, Grace will be collecting items for Aldersgate United Methodist Church’s Food Pantry and for Grace’s Personal Needs Program. On Sunday, November 27 we are asking for donations of a box of pasta and/or a box of kleenex. Grocery carts will be located at the back of the Sanctuary for the donations. Let’s see how full we can fill the carts! 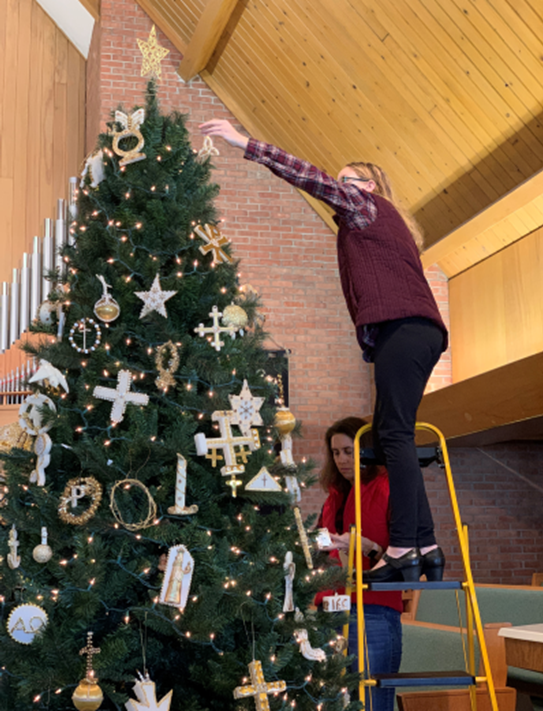 Remember on Saturday, December 3, at 11 a.m. the Chrismon tree will be decorated in the Sanctuary. Please join others in this joyous occasion! 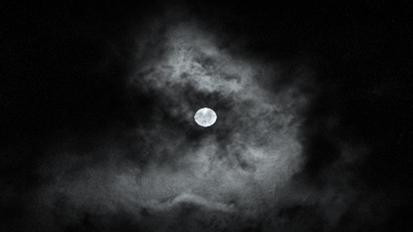 It is definitely dark in the morning and earlier in the evening. If you are coming or leaving any buildings like the mall or grocery store and even church in the dark, it is always a good practice to observe your surroundings. If it does not feel right stay in the building or in your car. Ask for someone to accompany you in or out of a building or church. Make it a practice to have your car key handy as most have a panic alarm that can be heard for quite a distance and alerts others. Having your cell phone handy so you can call 911 if needed is also a good idea. Try to consolidate bags so that you have a hand free to use the alarm and to open a door .

Behind the scenes at Grace…by Gretchen 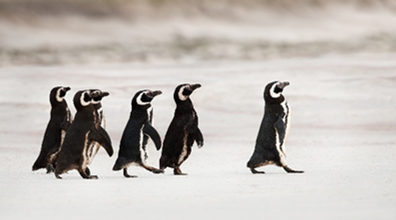 Walking or Running in the Dark! 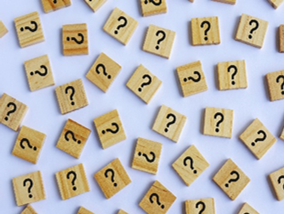 Gretchen is working on programs, presentations, interesting  books/leaflets, etc.  for 2023. Please help her by completing an Interest Survey! We have had several surveys this last year and yes, they can be difficult to fill out but this one is important (per Gretchen!)

There are a number of programs like Active Shooter update, CPR and Fire Safety that will be offered as it is important that we are current on these.

Think about what  you are interested in learning about, need help with, or want a refresher on as you complete the survey. If there is something you feel is missing, please add.

This is for you!

The survey will be in the back of the church and the chapel on Sunday 12/4 and Sunday 12/11. They will also be in Fellowship Hall.  Please complete and put in the box on the desk outside the office by Monday 12/12.

Then be ready to see what is happening for 2023! 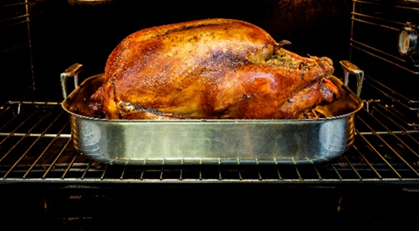 Some Reflections of Thanksgiving!

What we are talking about is a wonderful day set aside on the fourth Thursday of November when no one diets! I mean why else would they call it Thanksgiving? ( Emma Bombeck )

I do therefore invite my fellow citizens in every part of the United States and also those in foreign lands, to set apart and observe the last Thursday of November next as a day of thanksgiving and praise your beneficent Father who dwelleth in heaven. (Abraham Lincoln 1803)  President Franklin D. Roosevelt decided to move the date up a week to extend the Christmas shopping season in 1939! After a public uproar Congress moved it back to the fourth Thursday in 1941.

Not so long ago I had a particularly strenuous day. It’s not that I did anything out of the ordinary. Driving around, making contact with the guys on my case load & doing paperwork. I had just done a lot of it that particular day and it had worn me out. I went home and had dinner with Joyce and then thought I’d relax and watch a hockey game. Next thing I know, I’m waking up just after the winning goal is scored. That’s one of the things about hockey. You can go for long periods of time without any scoring and then boom!  I missed it because I wasn’t alert and ready when it happened.

In today’s Gospel, Jesus is telling us to be alert and ready for when He comes back to us. The early Christians, or followers of the Way as some of them were called, thought that Jesus would come back in their lifetimes. Obviously, it’s taking a bit more time than that. As Jesus Himself said, “no one knows, neither the angels in heaven, nor the Son, but only the Father” knows when we will see Jesus again. He seems to indicate that the time will come in an instant and that many will be caught off guard. Therefore, we must be alert and “ready, for the Son of Man is coming at an unexpected hour”.

So how can we be ready when Jesus comes? One thing we can do is to try to be aware of what is happening around us and our relationship to it. We need to be morally aware of our actions and the consequences for them. In my Old Testament class at Luther Seminary this week, we read a story about a king who gave in to his desires of the moment and didn’t think about the consequences of his  actions. When all was said and done, one of his loyal servants was dead, he caused a family to become broken and one of his children died. I’m talking of course about David and his rape of Bathsheba and subsequent murder of her husband, Uriah. At the moment of his lust for Bathsheba, David was not morally awake, and bad things happened as a result.

While our Gospel today is talking about Jesus’ second coming, we are starting the season of Advent, as we await the celebration of His first coming. Advent is a  season of waiting and watching. It’s about anticipating Jesus. We know when we will celebrate His birth. We don’t know when He’ll be back, however. But Advent can help to remind us that Jesus is indeed coming! Hallelujah!

Today, we lit our first candle in the Advent Wreath. This candle is purple, and it is often called the hope candle. Hope that comes from all that God has done for us in the past and for all God will do for us in the future. It is also called the prophecy candle, as it invites us to celebrate the words of Isaiah, which are words of hope.

As we travel through this Advent season, may we keep hope alive in our hearts as we joyfully await the coming of our savior, Jesus Christ. Hallelujah! 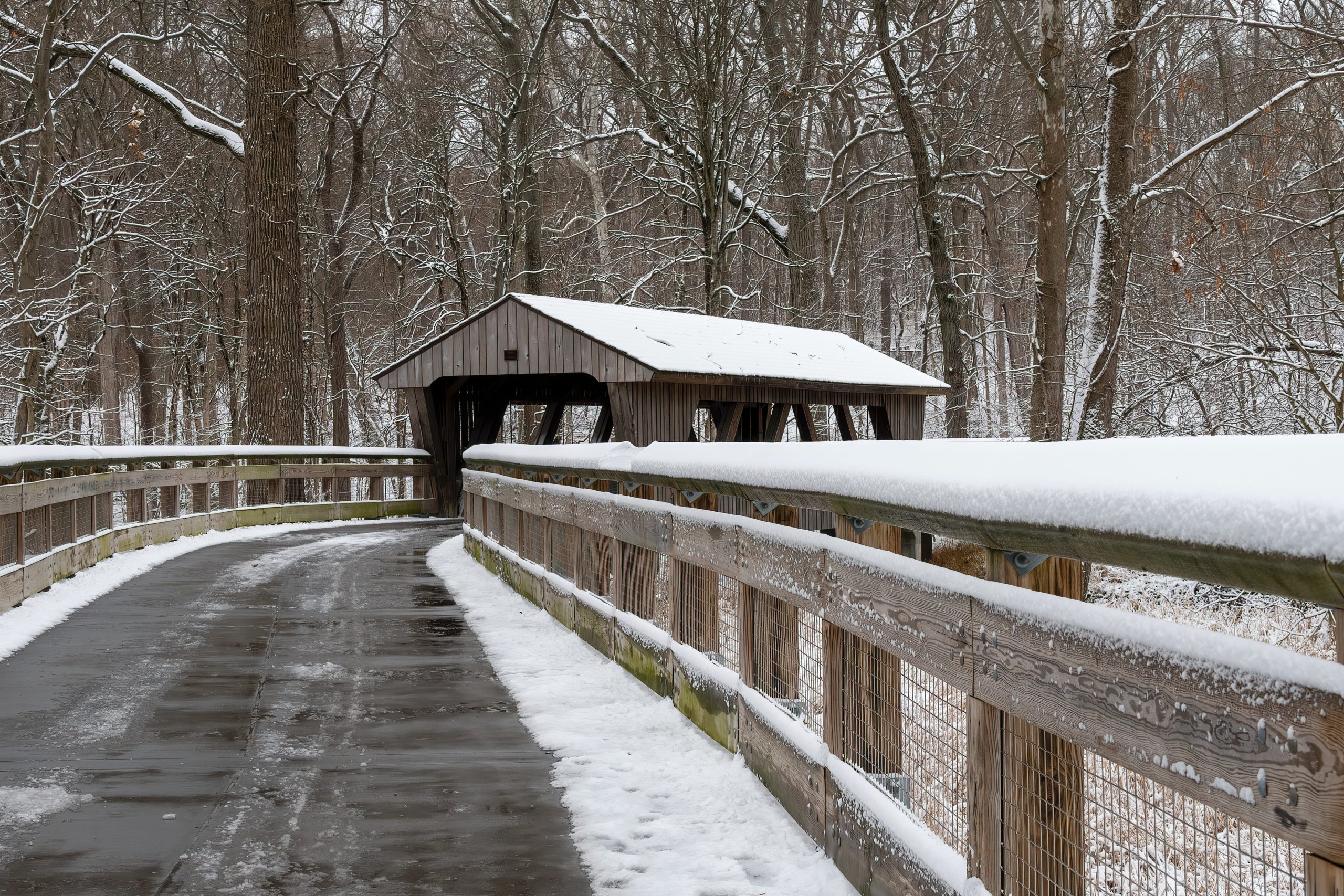