Whoever welcomes one such child in my name welcomes me,

and whoever welcomes me welcomes not me but the one who sent me.

Children’s Sermon to resume at Grace!

The children’s sermon will resume at Grace on September 26 and we are looking for volunteers to do the children’s sermon. If you would be interested in participating in this ministry please contact Mary Schneider at 419.262.0730. It would be great to have several volunteers to do this so the children have a variety of speakers and styles. There are resources online that can give helpful suggestions for topics, however current events or any of the readings for the day can be topics as well. The readings are available far in advance if you wish to use one. Thank you for considering participating in this important ministry at Grace!

August 17 – August 30 – 239 pounds of food was collected for the Food for Toledo program. This gives us a total of 4313 pounds of food for the year. That is over 2 tons! Thank you very much to everyone who donates to this program whether in food, monetarily, or by prayer.

I had the opportunity to go behind the scenes at Aldersgate’s Food Pantry. A very small room is filled with labeled shelving holding food, a small chest freezer, a table and cupboards. The small chest freezer holds the frozen meat that is given out to clients and the table holds the bags that will be given out. The day I visited there were also loaves of bread, bags of potatoes and other fresh bagged vegetables that would be given out to each client. (Aldersgate is currently looking for a rolling bin that will hold the fresh vegetables and/or fruit that is distributed.)  Tamara Bennett, the part-time secretary and lay minister at Aldersgate, shops at various stores to get the best prices for these items. Volunteers from Aldersgate as well as community members learning life skills distribute the food twice a month.

On the wall is a list that indicates the food that each client receives every two weeks. This list includes 1 jar peanut butter (Aldersgate gets this free from the Food Bank), 1 jar of jelly, 1 box spaghetti noodles, 1 jar of spaghetti sauce, 2 cans of fruit, 2 cans of vegetables, 2 cans of soup, 1 can of tuna or chicken, 1 dozen eggs, 1 bottle of juice or pack of drink mix, 1 box of cereal, 1 box of macaroni and cheese (free from the Food Bank).

So as you can see Grace is an integral part of the Aldersgate Food Pantry and I am very proud to be a part of it as members of Grace should be!

We installed Connie Thomas as our Sunday School teacher, and Bob Haaf as our Bible Study leader. We also welcomed children back to Sunday School. Please join us for Sunday school and for Bible study! 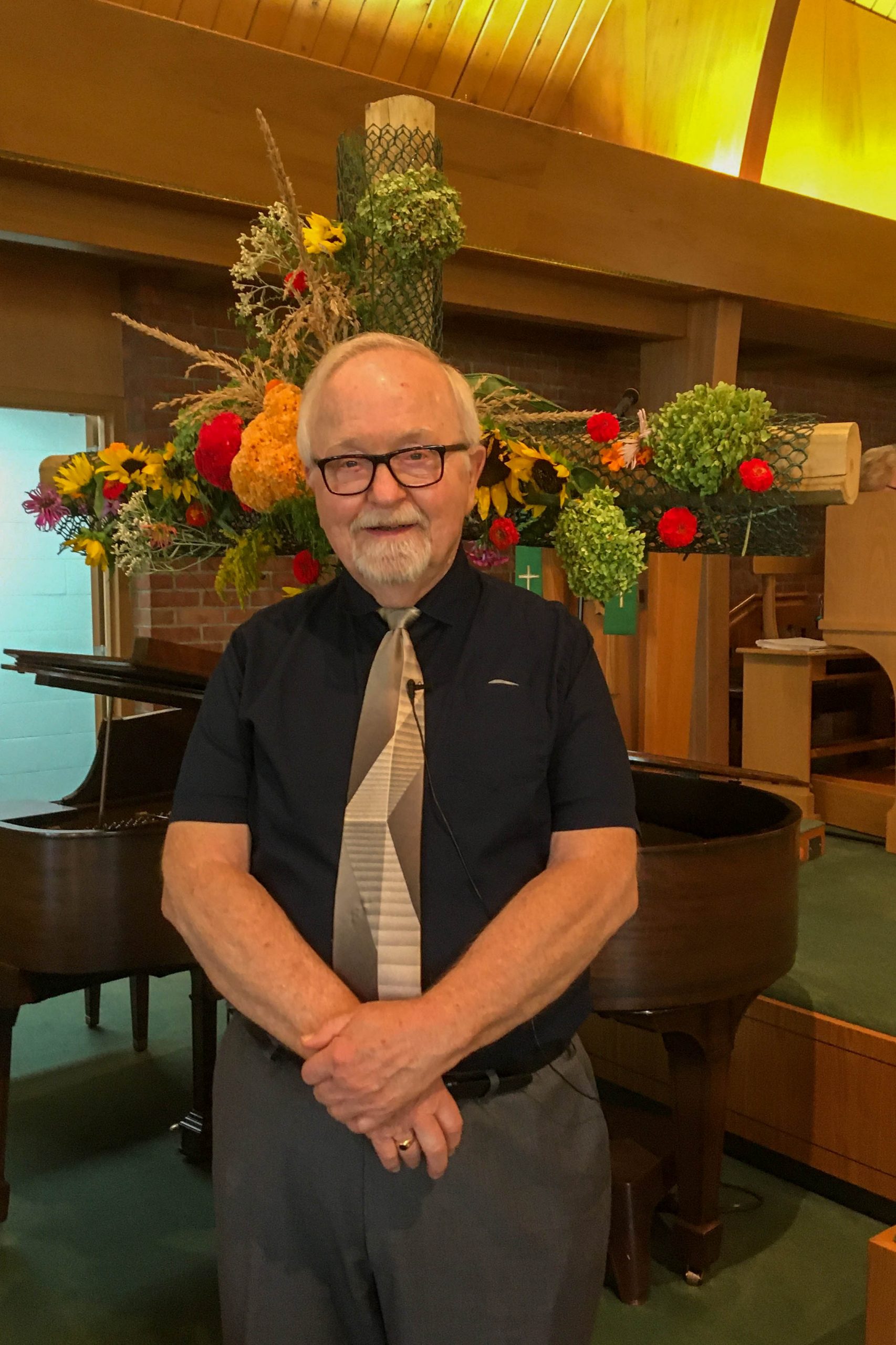 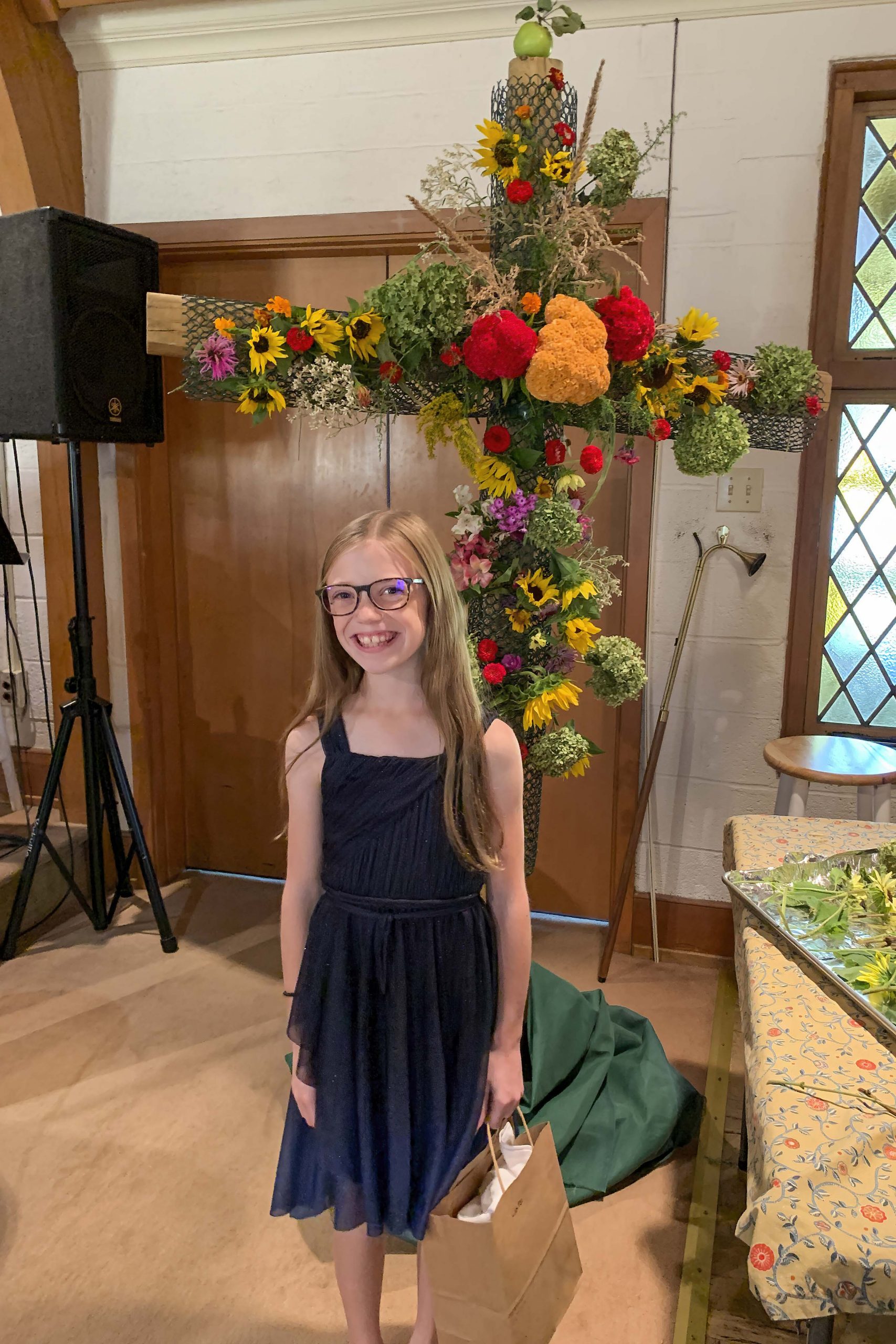 What Got Left Out of Sunday’s Sermon

What got left out of the sermon on September 12?  A LOT!  So much is going on in Mark 8.27-38 that it would take a two hour sermon to deal with it all even half-way adequately – and that’s if the preacher completely ignores the texts from Isaiah and James, and the first part of Psalm 116.

Mostly, though (mostly to me, anyway), there’s Jesus’ invitation to discipleship, and what it means: “He called the crowd with his disciples, and said to them, ‘If any want to become my followers, let them deny themselves and take up their cross and follow me.’”

The fact that this is for veterans as well as newbies was not left out on Sunday.  Those of us who have been baptized for decades are invited again, each day, to follow.  We don’t become members of the Jesus movement, and then use our membership cards as a substitute for living out the values of the kingdom of God.  That’s not an option.

And what is this cross that we are to take up?  All my life, I’ve been hearing it used to refer to some painful or troublesome thing that you can’t get out of.  It just happens to you.  My kid is turning out badly?  “That’s just my cross to bear.”  I have hearing loss?  “It’s a cross I have to bear.”  My next door neighbor’s dog barks all night?  That just my cross …”  Um, no.  It’s not.

Two obvious things distinguish Jesus’ cross from those admittedly significant burdens.  One is that it’s optional.  Jesus could have gotten out of it.  He could have stayed out of Jerusalem, or, when he went to Jerusalem, he could have behaved differently.  He didn’t have to throw the animal sellers and currency traders out.  He didn’t have to antagonize the scribes and elders.  He chose to.  And, after that supper with the twelve, he could have left town under cover of darkness, gone a safe distance away, and kept his head down.  He could have gotten out of it.

The second is that he took up that cross for the sake of people who despised him.  As Paul writes, “while we were [God’s] enemies, we were reconciled to God through the death of his son.”  Jesus died for the benefit of those who condemned him to die, and those who nailed him up, and those who taunted him while he hung there.

Still want to take up your cross, today, and follow him?  If you can answer yes, I think it’s because the Holy Spirit is at work in you.

Just living is not enough.

One must have sunshine, freedom and a little flower.

The return of fellowship hour!!!!!

Our fellowship hour started again on Sunday, September 12th. Please join us in fellowship hall after the 9:30 service and before the 11:30 service. Thank you to the following members who have offered to hostess for the month of September and October. 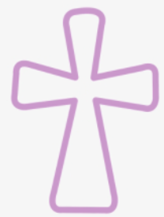 But Jesus said, “Let the little children come to me and do not hinder them, for to such belongs the kingdom of heaven.”    -Matthew 19:14 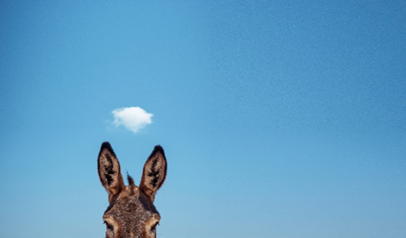 Communication is key to everything – what we tell our MD’s, how we talk with our kids, grandkids, neighbors and even our church family. It is not only important in talking but also understanding.

The game of telephone is a great example of why communication is important.  The message that was given by the first person would be so completely different by the time it was received by the 3rd or 4th person and sometimes even with the 2nd person.

A big part of this is listening.

How to be a better listener!

Put your phone away.

Body language that shows you are not interested or paying attention:

3.Listen more than you speak

If the person talking tells you of event so their thoughts and feelings, hold onto the urge to give your own opinion. Many people just want to talk and simply vent their feelings or to think through things by talking. They may not always want to hear your advice.

You may need to ask questions to clarify that things that are not clear to you and sometimes it helps the speaker clarify their own thoughts or feelings.

It is Ok to say I did not understand what you were saying.

This is part of the paying attention to what the speaker was saying.

You can say “what I hear you say is …. is that correct?”. It is way to make sure you are hearing correctly and tells  the speaker that you really are listening to them.

This also helps to make sure the information is correct.

As you listen, you may need to force yourself to stay quiet until the other person stops talking or asks you a question. Many of us have developed the habit of interrupting others. How many times are you thinking about an answer or response and jump in on the middle of the other persons conversation? You can really miss a lot when you jump in before a person is done.

These are all great ways to be a really good listener. Good listening skills help us to hear information correctly!  This is not only important in everyday conversations but also those with medical people.

Choices and Your Brain!

Ruminating (going over and over) on grudges, resentments, and negative thoughts won’t just keep a person in a pessimistic mood -it has also been linked to a decline in cognition and memory in people 55 and older. (Alzheimer’s and Dementia Journal).

What can you do?

2. You skip your vaccines – there is research being conducted that receiving the flu shot and other vaccines like pneumonia may play a role in not developing Alzheimer’s.

3.You drink sugary beverages like sweet tea, pop and even juices. Consuming  sugary drinks may lead to spiking blood sugar and exaggerated insulin response which may trigger chronic inflammation of the brain (A. Fenn,MD)

Our program will be presented by the Buffalo Soldiers. Come find out what they are all about and what great work they are doing! We have a short devotion and the program and of course all Lutheran gatherings need to have treats!

It is a fine time to get together!!

October 15th is another important date!

Red Cross will hang out in Brenner Hall from 2:00 pm – 7:30 pm to collect and help replenish the Blood Supply.

Many hospitals in the United States are delaying elective surgeries due to the very limited blood supply. Please if you can or family or friends can donate blood. One unit helps a minimum of 3 people. 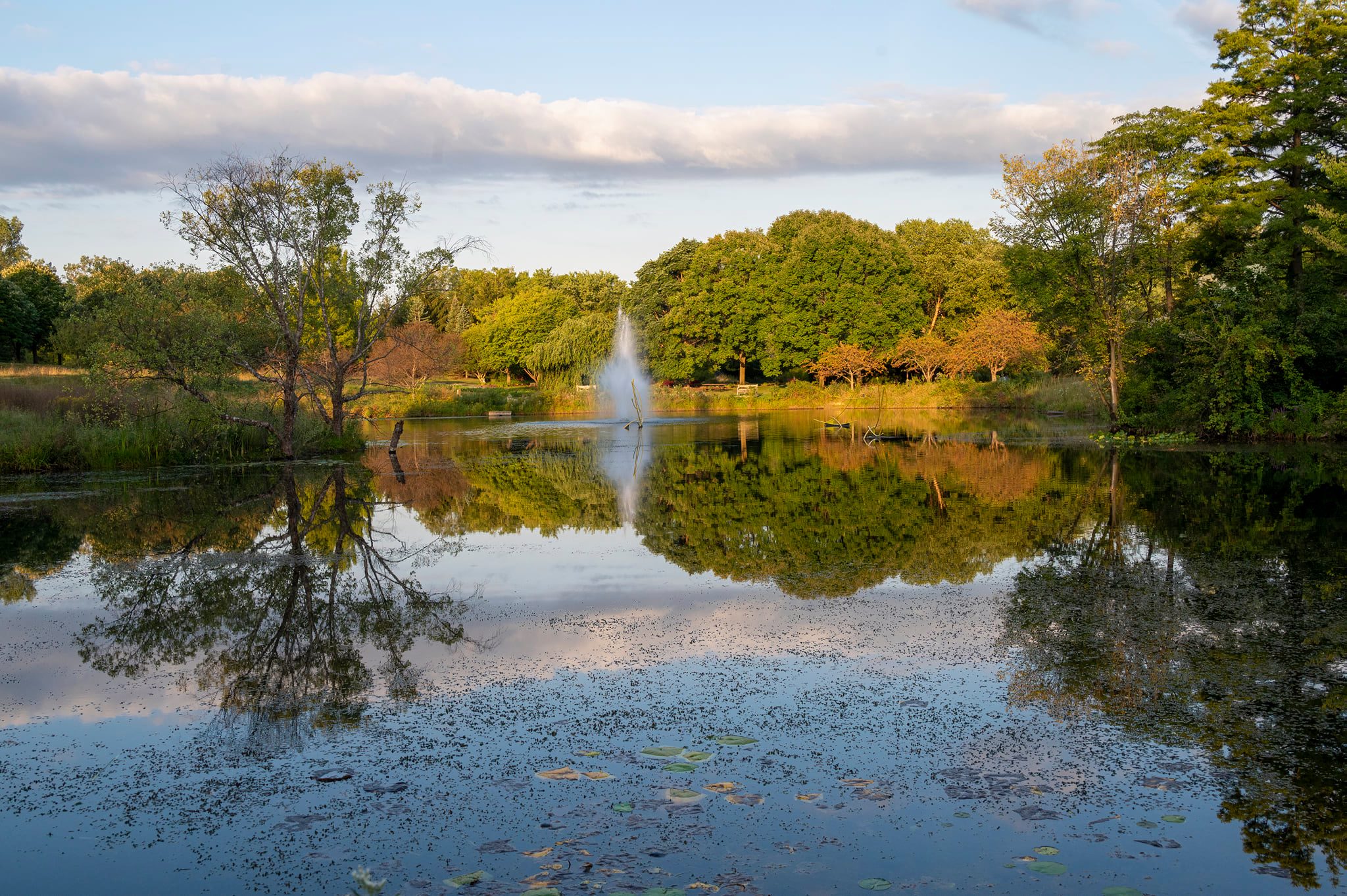